Thinking of Building a Screened Porch on an Existing Deck ? 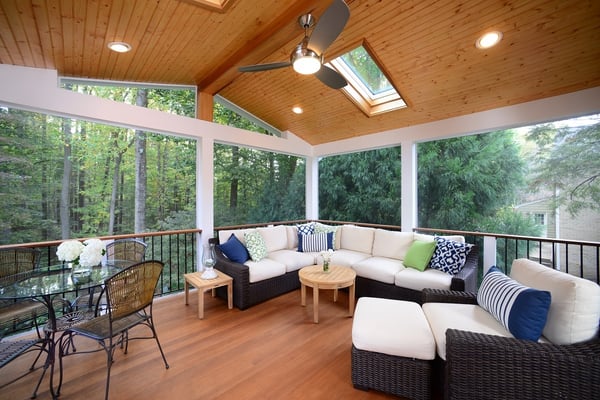 So you have decided it's time to do something with your existing deck.  The old one is just getting too old, and you want to upgrade. Weather in Maryland, Virginia, and Dc can do that. You want to build a new screened porch,  but are having reservations about paying for a completely new screened room. Many turn to the idea of trying to put a new structure on the existing deck. While that can be an option, it's often not that simple or easy.

Every remodel has pros and cons, and this idea is no different.  Design Builders breaks down putting a new screened porch on an existing deck.

Sometimes it does make sense to build on an existing deck or deck frame. This is generally a decision unique to the situation, although it may also be recommended by contractors who want to make their bids appear lower. Be wary of contractors who are cutting corners to get your business, but not informing you of these consequences of the decision.

1. You’re going to be building on an inferior structure

While making use of old structural supports and recycling materials to reduce waste and save on costs are well-intentioned requests, building onto an existing deck is rarely going to be the best choice for a long-term investment in an outdoor living space. Every three years, a new International Residential Code (IRC) is released that contractors must follow for residential projects, including custom decks and luxurious screen porches. Currently, licensed contractors are working with the IRC 2018, and there are some significant differences from the previous IRC (2015). It is not difficult to imagine the vast differences between the codes from, say, 2012 and 1992. Even if it's an option, most homeowners understand the greater value and practicality of building a brand new porch on a modern, code-appropriate structure than a substandard 20-year-old deck frame.

2. You’ll have to pay to bring the deck up to code

Many homeowners seeking a low-maintenance porch builder are interested in preserving their existing deck frames in an effort to save costs. However, they are going to be responsible for paying to bring their old, reused structures up to current codes, as mandated by their local jurisdiction.

Every situation is different, and many older deck designs are too far gone to be brought up to code. For those that can be saved, the financial toll of bringing a deck up to code so that it can be expanded upon will very based on its age, structural integrity, and compliance with existing regulations, and can prove to be less than, equal to, or greater than the cost of building a new structure entirely.

If your deck was built before 2006, it’s almost certain that they are currently rotting underground. Why 2006 specifically? Because that’s the year that companies who created pressure treated wood were mandated to create special pressure treated wood for ground contact. These companies now include an additional additive to protect 6x6s, 2x10s, and 2x12s, in order to allow the wood to come into contact with the ground or be put underground.

Previously, it was common practice to just stick regular 6x6s in the ground, and the result affected the integrity of the deck over time. In fact, often you can see signs of the rot above ground. You may notice a green ring of mildew where your deck touches the ground – that’s a telltale sign of rapid rot underground. If you don’t have issues with the integrity of the deck now, you will in the future. 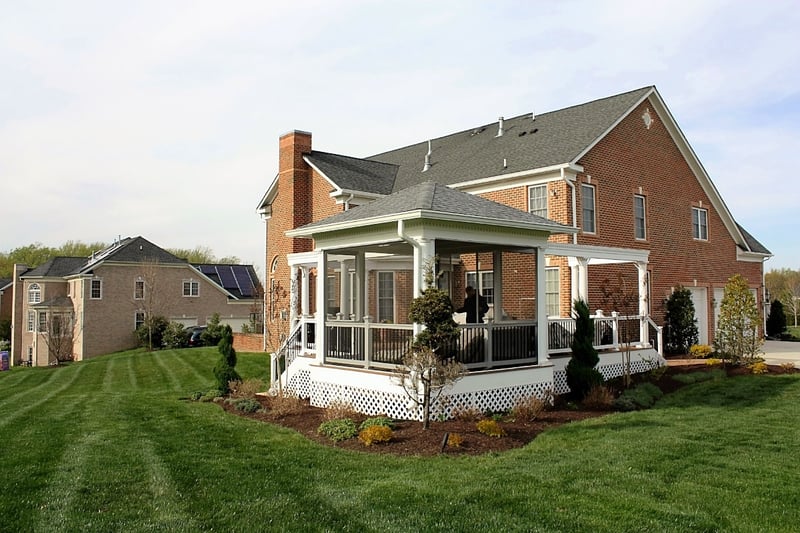 Building on top of an existing deck is, more often than not, an inferior option to building an entirely new screen room

4. The frame is the least expensive part

If the goal is cost savings, it’s important to know that the frame is much less expensive than the deck surface and rail. Building on a substandard frame doesn’t save much money in the long run, but it may cost you more if repairs are necessary. If your frame is newer and determined to be solid, then this will not be an issue.

When you’re building on an existing structure, you won’t have as much freedom in terms of placement, shape, size, and even features. This means potentially sacrificing elements of your proposed design in favor of keeping your old deck.S