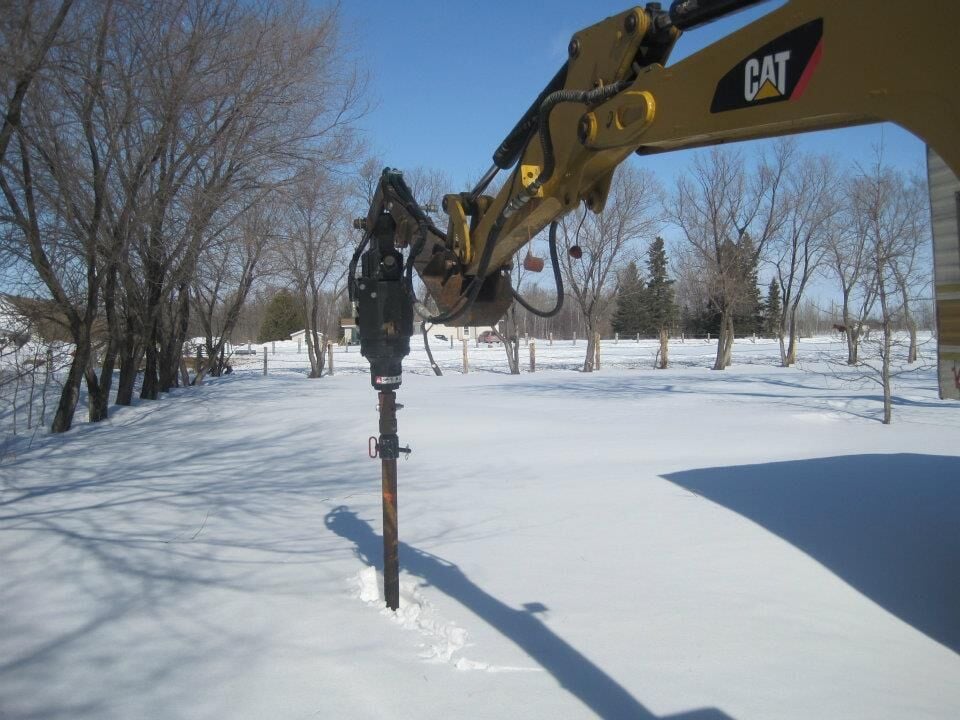 Of all the work you’ll ever do on your home, foundation work is the most important. Whether you’re looking at repairs or a new foundation install, the footer system you use could have significant ramifications for the stability and integrity of your home for years to come. For that reason, make sure you’ve looked into all your options, including the PierTech all-steel helical pile footer system.

How Does the PierTech Helical System Work?

With helical foundation stabilization, an all-steel pole is drilled into the ground. A qualified contractor does this for each pole until it hits solid rock. This is typically at least fifteen feet down. Because the poles reach rock—not just dirt—the contractor can ensure a sufficient load capacity is reached in order to permanently support the home.

Unlike with a concrete foundation, no excavation is necessary, making for a much cleaner, quicker, more cost-effective install.

Key Differences between the PierTech Footer System and Traditional Systems 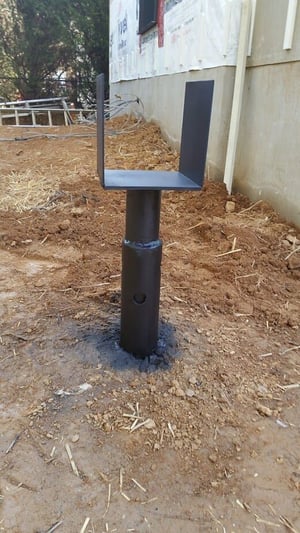 With a traditional system that uses concrete, contractors usually excavate down about ten feet. Because they’re just digging into dirt and allowing the footers to rest on that soil, the concrete can settle over time. When this happen, everything above it settles as well, which can cause all the hallmarks of a settling foundation (cracked walls, uneven floors, sticking doors and windows, and so on).

With PierTech, the poles are drilled into the ground until they hit solid rock. This is usually at least fifteen feet down. Unsurprisingly, rock provides a much more stable base than soil.

With a traditional footer system, a contractor is largely going in blind when it comes to load capacity. He or she must simply trust that the system can hold the load of the home. With the PierTech system, though, you can actually test and monitor the load capacity as you drill, ensuring it’s sufficient for the home in question.

Excavating soil and pouring concrete both require favorable weather conditions. If the weather isn’t cooperating, the project has to be delayed. With PierTech, the poles can be drilled in any weather conditions or temperature. This ensures there aren’t inconvenient, costly delays, and if important foundation work needs to be done right away to prevent further damage to the house, a homeowner is never stuck waiting out the weather—or entire season.

With concrete, once you pour, it’s incredibly difficult and costly to make any changes. If issues or problems arise after the fact, that work can’t be undone without significant expense. With the PierTech system, each pile can be installed and removed at will. Because the installation process is just drilling holes (rather than excavating), moving a pile would only leave one extraneous narrow hole.

With a concrete system, your foundation is susceptible to both settling and frost heave. This raising or lowering of the foundation can lead to varying levels of damage to the home, from uneven floors to a cracked house frame. With an all-steel footer system, these issues that can result in damage and instability aren’t a problem.

Installing a traditional footer system usually requires multiple pieces of machinery and several days of work. The PierTech helical system, on the other hand, typically requires one skid steer and a single day of labor. This saves you on install costs, and it’s also a quicker, less-disruptive process in general.

In terms of the project logistics, you also have to wait before you can put a load on concrete. With helical piers, however, you can put the load on them immediately. There’s no waiting for the concrete to cure and to set. This also saves you time and hassle.

While the traditional system is often less up-front money, the PierTech system usually ends up being more cost effective in the long run because you never have to spend another penny on repairs or foundation replacements. Some unexpected factors can also inflate the cost of a concrete installation. For example, if the contractors hit water during the excavation, the concrete must be cased, which adds money to any initial estimate.

Perhaps the most significant difference between the PierTech system and traditional footer systems is the expected life-span. Quite simply, the PierTech solution is permanent and will last a lifetime. With a traditional footer system, you could eventually be faced with a total replacement or costly repairs. Some factors, such as extreme rain, can also speed up the rate at which pressure-treated wood rots, meaning your likelihood of having to replace the foundation during the life of your home increases.

If you’re in need of foundation repair or installation, don’t fall into the trap that catches many homeowners: assuming the traditional wood and concrete system is your only option. Advances have been made to foundation footer systems, and you should know there is now an easy, quick, and (most importantly) permanent solution to foundation issues.