Without a solid foundation, a home can be put into major jeopardy. Foundation issues can result in uneven flooring, cracks in drywall or ceilings, sticking doors or windows, or gaps between walls and ceilings or walls and floors. Cracks in the actual foundation concrete or a sagging roof are two external indicators of foundation problems. If this settling is allowed to continue without addressing it, it can ultimately lead to real structural damage to your home—and very real financial damage as well. 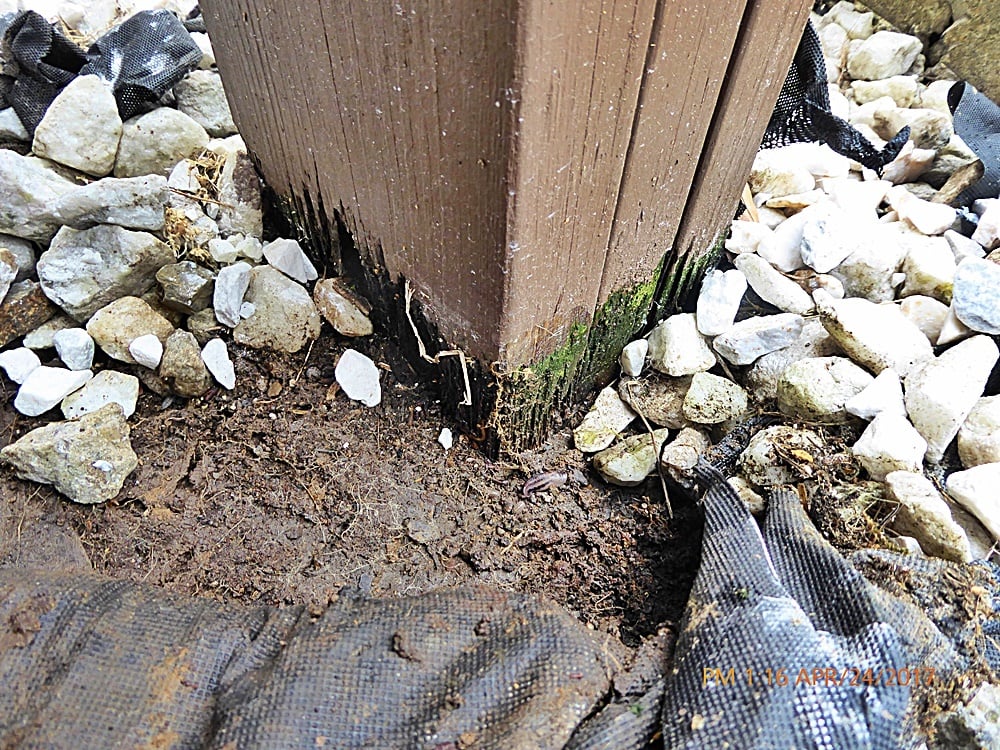 Why Do Foundations “Settle”

Settling often occurs in a foundation when there isn’t sufficient drainage and the foundation isn’t allowed to fully dry after wet or extreme weather. Another weather-related factor that contributes to this problem is the expansion and contraction of soils throughout the seasons. In areas where there’s extreme fluctuations between temperatures, these problems are only exacerbated.

Issues with the soil, such as overly loose, dry, or wet earth, can all result in foundation problems. Poor initial construction can also, ultimately, lead to settling, sinking, or cracking in your foundation down the line. Less common reasons for foundation problems include one-off events, such as earthquakes.

When the material used in your foundation is susceptible to rotting (think pressure-treated wood), the likelihood of foundation issues increases significantly, which is why so many are seeking alternate solutions. This includes the all steel helical pile system from PierTech.

One of the major problems with pressure-treated wood is that the technology hasn’t advanced. As problems present themselves in traditional foundation systems, the wood typically used in those foundations hasn’t changed or evolved in order to address these problems that keep cropping up.

Pressure-treated wood footers used in foundations are typically created with a specific type of soil condition in mind. This means they aren’t treated to be compatible with all soil types, which can significantly reduce the life-span. Innovations or changes within the wood creation process that might combat these issues simply haven’t occurred.

Over the last few years, the East Coast has seen unprecedented levels of rain. In these conditions, more and more water ends up in the soil, where it can reach the pressure-treated wood incorporated into traditional foundation work. Contractors and design and build firms are already seeing the effects of this, with some former clients calling to report rotting footers in their foundations.

Given the amount of rain experienced in these areas, as well as predicted levels in the future, the wood simply can’t handle the added moisture. More and more homeowners are realizing rotting foundation components only looks to be a bigger problem as the years go on.

A system like PierTech uses all steel components, so rotting isn’t an issue the homeowner has to worry about, and this will hold true even if the amount of rain or other inclement weather continues to intensify. PierTech components are also not susceptible to other weather-related issues, including frost heave, wherein the soil swells upward in freezing conditions.

Pressure-treated wood in a traditional foundation system is put into the ground, where it can soak up ambient moisture. When the wood is placed in the concrete itself, it’s liable to rot even quicker because it soaks up water from both the soil and the actual concrete. Because wood eventually rots, it’s simply not a lifelong solution. If you repair your home’s foundation, therefore, using the same kind of wood and concrete materials you started with, you could be facing similar issues in as little as ten to twenty years down the road.

An all-steel solution, such as the patented helical piers from PierTech, are a permanent way to address residential foundation issues. (While no construction project can be truly “permanent,” the company estimates their foundations last around 150 years, and they offer a 75-year warranty on their projects.) This system effectively prevents further settling by raising the home and foundation to the appropriate height and establishing proper drainage.

The helical system from PierTech is cost effective, not only initially but also over the life of the project because it won’t need to be replaced down the line. The homeowner doesn’t need to financially deal with damage to the yard or landscaping during the foundation install process, and labor costs are reduced because it’s a quick install. (Rather than digging for several days, most projects can have all the holes drilled in a single day.)

The PierTech system can also be installed in all weather conditions and during all seasons, so if there is foundation damage that needs to be addressed, the homeowner doesn’t have to risk waiting weeks (or even an entire winter) to address those issues. By stopping the problem from getting any worse, the homeowner can save an untold amount of money in potential subsequent home damage.

When a home’s foundation is in need of repair, it can put the entire integrity of the house in jeopardy, and because the home is usually a family’s greatest financial asset, it’s crucial to think carefully about the system used to install or to repair that foundation. Given the drawbacks associated with pressure-treated wood footers, many are finding it’s worth looking into the benefits of alternate systems, such as the PierTech all steel solution.