Fixed Screens vs. Retractable Screens for a Screened Porch 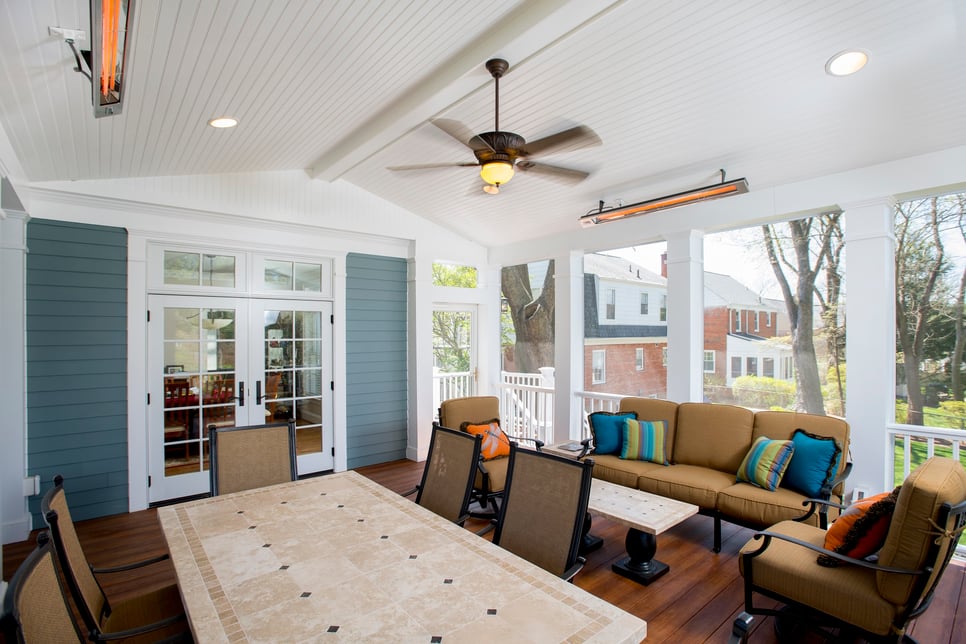 Screens are a polarizing backyard feature. While many homeowners don't mind or even notice porch screens because the latest deck screening technology is so see-through, others detest them, viewing them as distracting barriers between them and their enjoyment of the beautiful outdoors.

What's not up for debate is that screens are a necessity for nature lovers in Maryland; Virginia; and Washington, DC, in order to actually enjoy nature for at least three months out of the year. Whether it's traditional porch screens, retractable screens, or even under-deck screens, screens are a necessary barrier for the three months out of the year when you'd otherwise be sharing that space with mosquitoes and other unwanted bugs. (Not interested in screens at all? Here's a cheap, easy way to keep mosquitos at bay.)

Here are some pros and cons of both systems to weigh in your debate:

Want to get screens out of your life as much as possible? A retractable screen system has many benefits that make it worthwhile, so long as you can afford the investment. It’s also important, however, not to assume you hate screens if you haven’t seen a new fixed screen system installed in recent years. You might be surprised by how unobtrusive it truly is, even if you do have to put up with it all year long.

For more examples, you can see our screened porch portfolio here. As always, feel free to reach out with any questions.