Why Choose an Outdoor Electric Heater Over a Gas Heater? 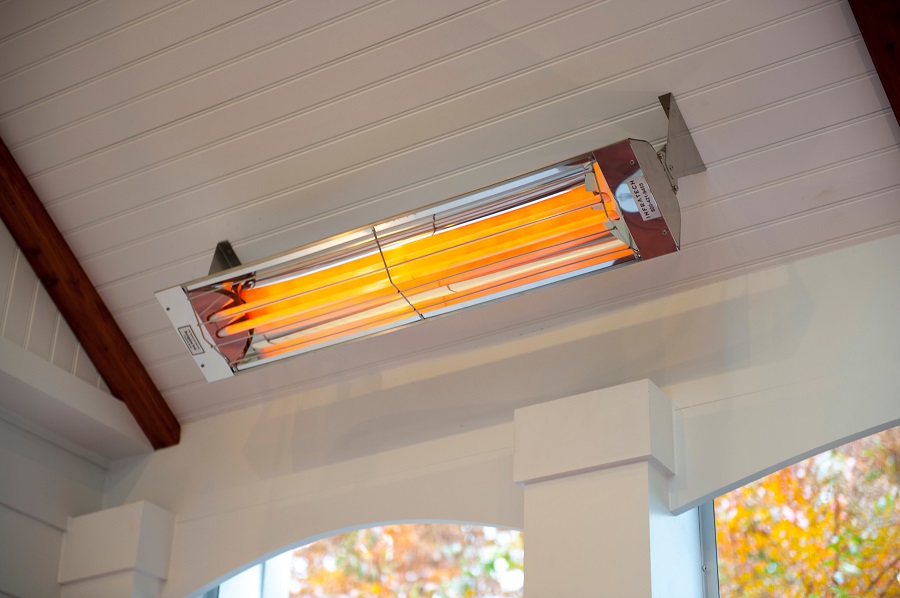 When outfitting your outdoor living space, you’ll likely be confronted with the debate over what kind of heaters you want to install. You have many choices in that regard, but two of the more common options are electric heaters and gas heaters. Which heater would best suit your outdoor living space depends on a number of factors, but there are some distinct benefits to electric heaters, from flexibility of features to cost of operation to ease of installation.

Outdoor spaces are typically somewhat small and often necessitate creative uses of space. This is one way electric heaters pose a benefit over gas heaters, as electric devices take up less physical space than their gas counterparts.

There’s also space around the unit to consider. Gas heaters require more room around them because of the open flames, while electric heaters simply have elements in quartz tubes - a system that needs less clearance.

Electric heaters are also more adaptable in terms of where they can be placed within outdoor living spaces. With the capability of flush mounting into ceilings, the heaters can recede into the exiting decor and not appear obtrusive, distracting, or obvious.

Gas heaters, on the other hand, present larger physical presences. With the necessary clearance around the heaters, they often need to be suspended further down, which makes them more noticeable within that outdoor space.

Again, screen porches, decks, and other outdoor living spaces are typically going to seek maximum use of the space available, so heaters that are adaptable in terms of where they can be placed present a huge benefit. This becomes especially true if you’re still in the design phase of that outdoor space. You might have to tailor your architectural design to accommodate gas heaters, while electric heaters can often be placed anywhere within an existing design. In this way, you don’t have to compromise or adjust your overall vision for the outdoor space just to ensure your heaters are going to fit.

Gas heaters are generally either “on” or “off.” There might be a “high” and “low” setting, but that’s about the limit of their control options. Electric heaters, though, can have highly regulated output. The dial often works like a dimmer switch, allowing you to adjust the heater’s output from 0 to 100 percent.

This obviously offers much greater flexibility to adapt to a variety of seasons, temperatures, and weather conditions.

In general, propane is going to be the most expensive heater to operate, while natural gas and electric are fairly comparable. (This does, however, depend on the market and your location.)

For example, if it costs ten cents per kilowatt per hour to run an electric heater in your area (confirm against your electric bill to get numbers specific to your region), and you’re running a four kilowatt heater, that’s going to be forty cents per hour per heater to operate.

If a propane tank lasts approximately ten hours, and it costs thirty dollars to fill, that comes to three dollars per hour to operate.

Again, specific numbers can be substituted for your location, but generally an electric option is going to be most efficient and economical.