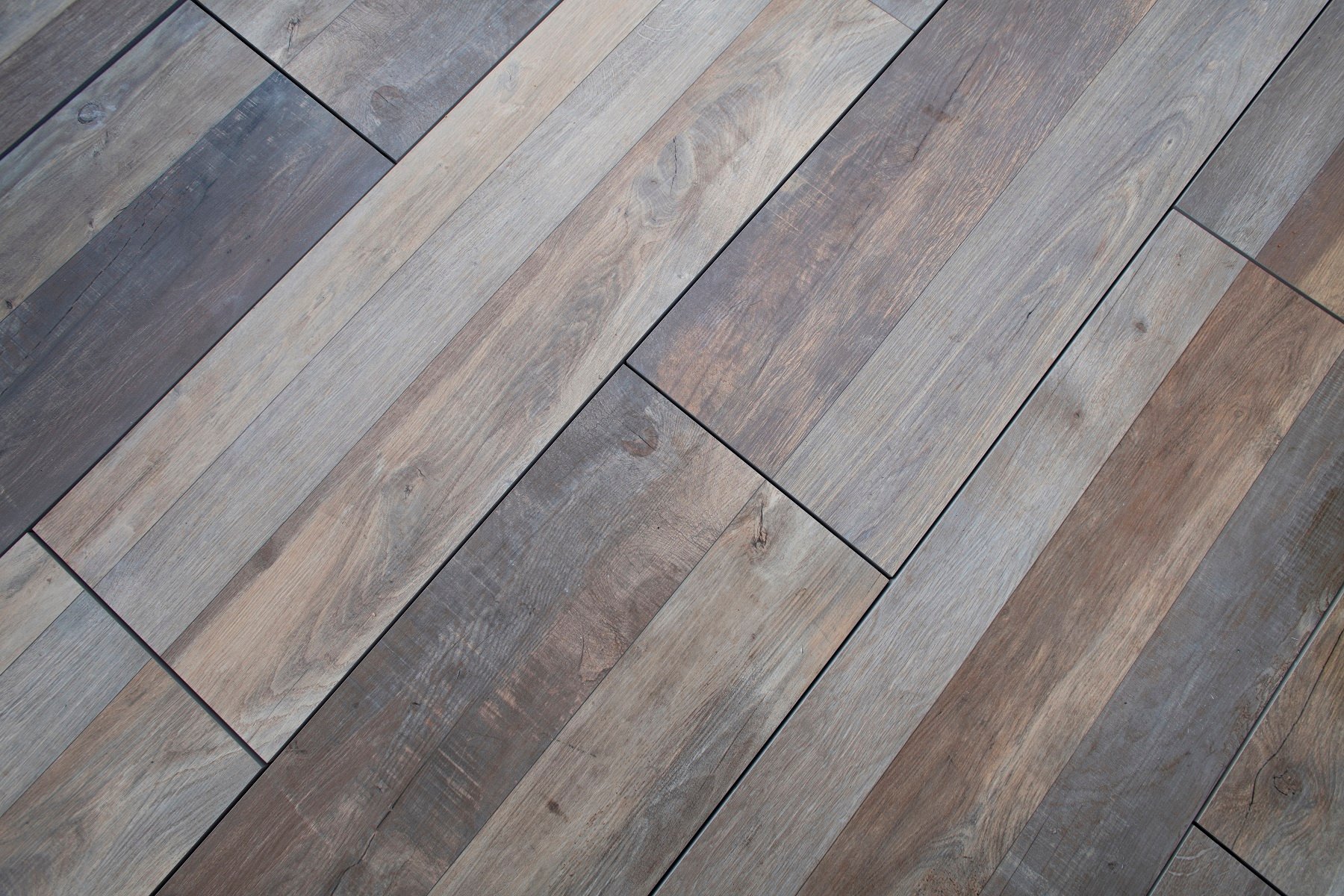 When you’re looking to build a new deck or porch, there are many factors that can alter how you go about actually constructing it. One area where this holds true is with deck board spacing. Depending on the type of wood or decking board you’re actually working with, it can change those spacing recommendations. Therefore, before you jump into construction, make sure you’ve thoroughly researched this spacing issue.

Regardless of the type of decking material you choose to use, spacing is typically either twelve inches on center or sixteen inches on center. This is referencing the joists beneath the decking, not the deck boards themselves.

Some tongue and groove boards will go wider than sixteen inches, but these systems have largely been phased out over the last ten years or so. In general, especially today, decks won’t go above sixteen inches on center. 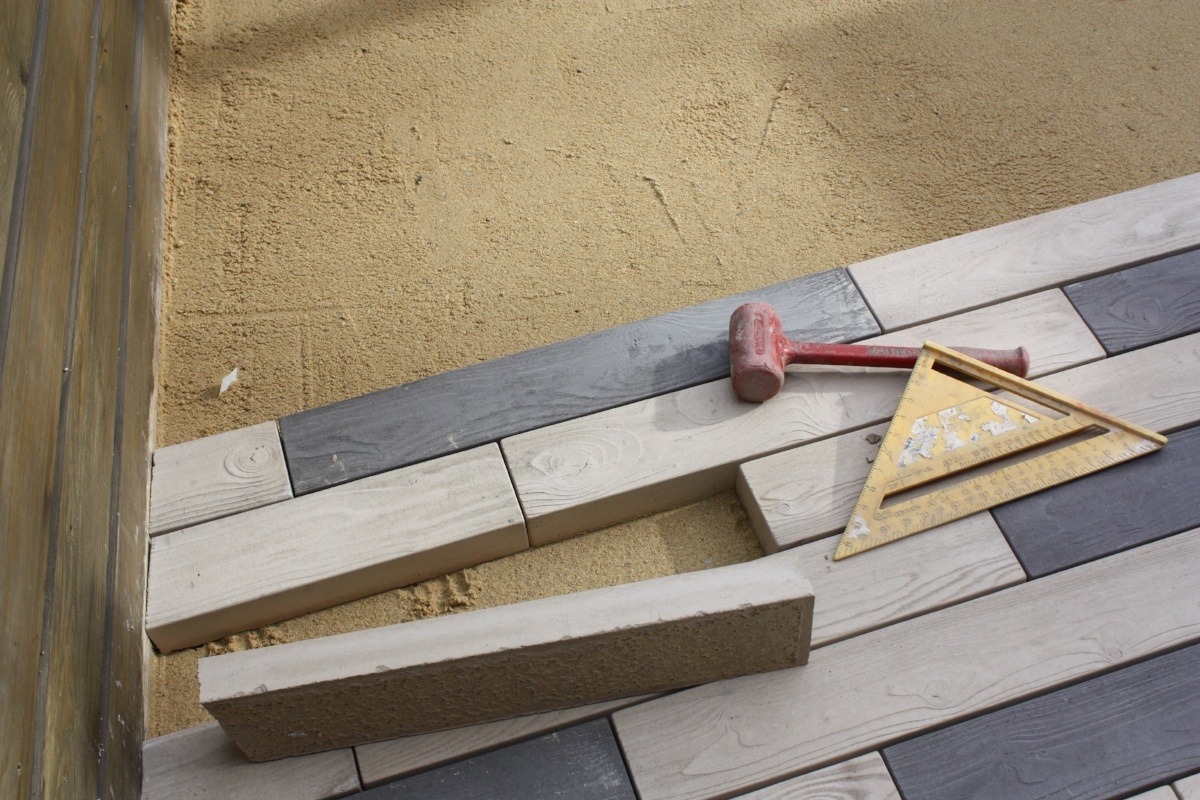 What Does “On Center” Mean?

However, especially if you’re building your own deck, it’s important to remember what “on center” means in a decking context. It’s the space between joists center to center — not edge to edge.

Anytime there’s a diagonal in the deck or any kind of forty-five-degree angle, twelve inches on center is typically used. Builders will also prefer the twelve-inch method when using PVC, which is softer decking with a bit of flex underneath it.

On the other hand, if you’re using pressure-treated wood, composite wood, or hardwood, sixteen inches on center is standard in that case. Keep in mind, though, even with this type of wood on an angle, twelve inches is preferred. 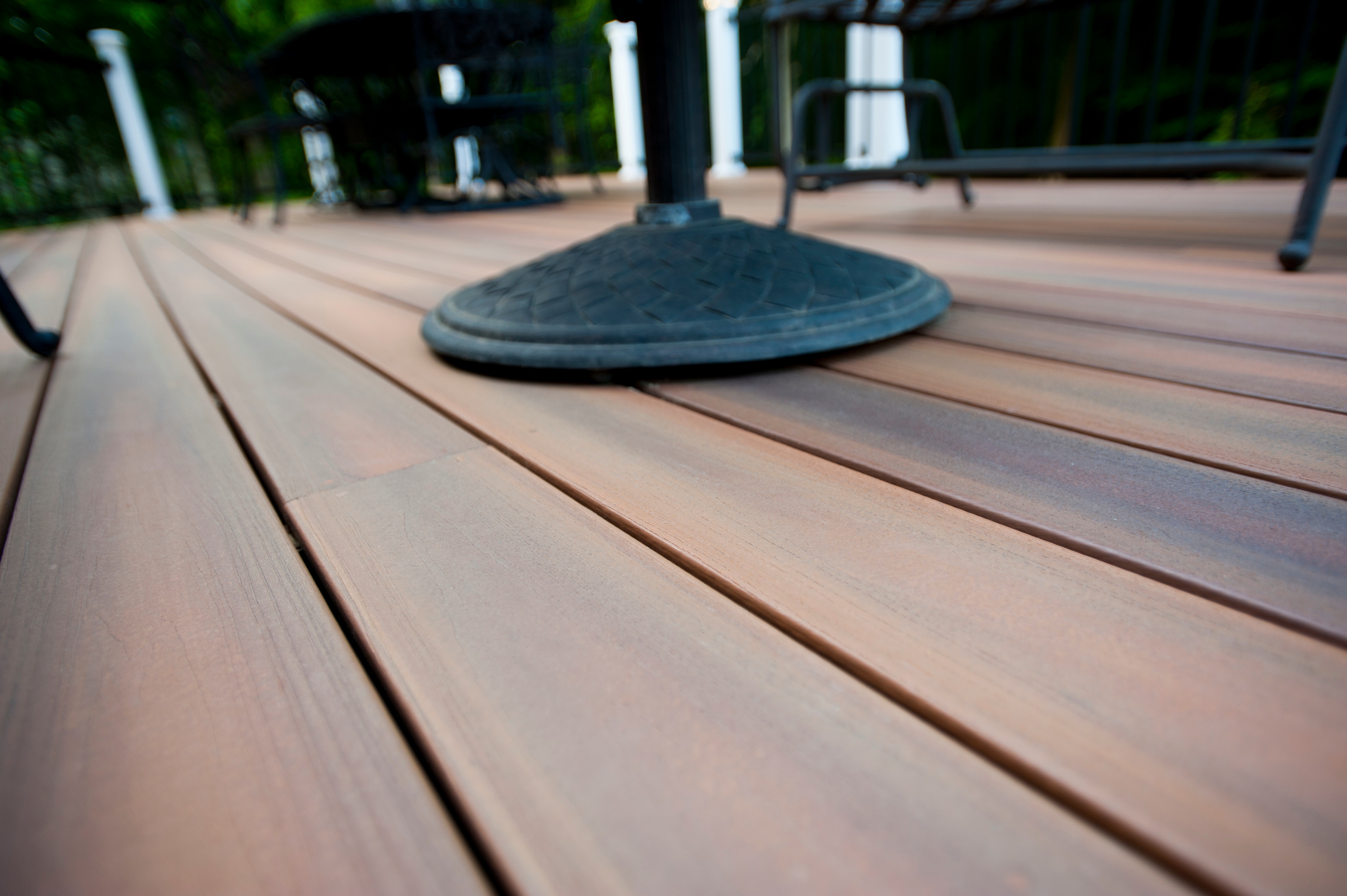 The following are some common brand names in decking and their associated spacing.

A.  Twelve Inches on Center

B. Sixteen Inches on Center

Spacing Between the Actual Decking Boards

The other relevant spacing number when it comes to building a deck or porch is how much room should be between the actual decking boards themselves.

There is less of a hard-and-fast rule when it comes to this, but generally that space is anywhere between one-eighth of an inch (1/8 in.) and three-sixteenths of an inch (3/16 in.). The desired spacing varies according to the brand of decking boards used.

Other Tools for Decking Work

If you are working with a deck that requires diagonal work, there are several hidden fastener systems that work well. This include the Cortex plug. However, if you’re working with parallel decking, the CAMO fasteners can work well. (That’s not to say the CAMO can’t be used on a diagonal, but it merely presents more of a challenge.)

For more information about how to build a deck or properly space decking boards, or if you’d like to talk to a professional design and build team about your next decking project, please feel free to contact a representative of Design Builders, Inc.