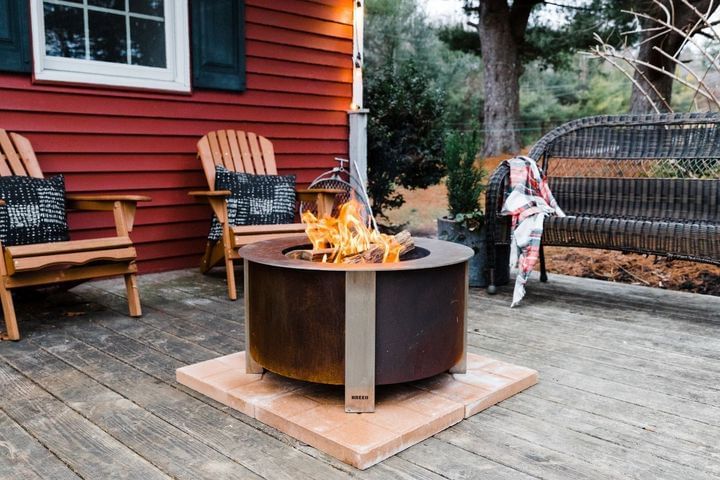 Wondering how you’re going to heat the outdoor living space in your Northern Virginia or Maryland home? If you’re considering the relative benefits of a smokeless fire pit, check out these key milestones, dates, and events in one of the industry’s leading company brands: Breeo.

In 2011, Breeo officially debuted with its original prototype. The company was cofounded in this year by Jonathan Miller, and the flagship product became the first smokeless fire pit ever designed. It began in Ohio, and the goals of this fire pit were twofold: to create less smoke during use and to generate a more even cooking surface.

In the same year, the Zentro and the original Double Flame were also launched. 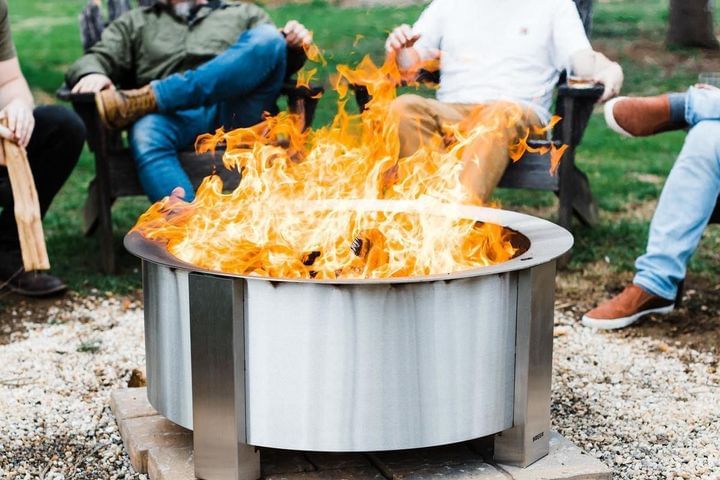 This year brought a new fire pit model, the Luxeve, as well as the “Rethinking Fire Tour.” Cofounder Miller and his wife, Janessa, began actively pitching Breeo to both retailers and dealers across the United States. With these efforts, manufacturing moved from the original Ohio to a new location in Lancaster, Pennsylvania, with PennEagle Manufacturing. (This is where it remains today.)

Breeo has always been dedicated to the made-in-the-USA model. This has given the company additional agility with designing, building, and testing, and it’s allowed them to have visibility and transparency into every stage of the manufacturing process, including quality assurance.

Breeo Industries and Penn Eagle Fabrication officially merged to form Breeo, Inc. On the heels of this change, the company and brand continued to grow, reaching thirteen employees. E-commerce was added to the Breeo platform.

On the product front, the Double Flame evolved into a stainless steel offering.

Going through another expansion, Breeo added four more employees this year. This brought the total to seventeen.

The original X Series officially launched as the Phoenix. With the addition of products and sales, the employee base grew to twenty-three.

After market research and listening to their customer base, the Outpost, a grilling accessory, was launched.

On the internal side, Breeo rebranded with a new, sleek visual identity, and the team grew in leaps and bounds to forty-nine employees.

The X Series expansion launched. This included several key changes and additions: stainless steel construction, optional SearPlate, and Insert Rings. To aid user experience, the site also added a fire pit builder feature. The X Series 30 (the largest size to date) was launched. This model used the same technology as the original prototype but featured a decade of modifications, improvements, and adjustments.

Looking into your options for heating an outdoor living space? Have questions about what’s right for you: traditional natural wood fireplace, gas fireplace, infrared heaters, smokeless fire pits, or some other solution?

We get it. It can get confusing! We’re Design Builders, a design and build firm that specializes in custom, high-end outdoor living spaces. Reach out today. We’re happy to answer any questions about Breeo or other potential outdoor heating solutions!